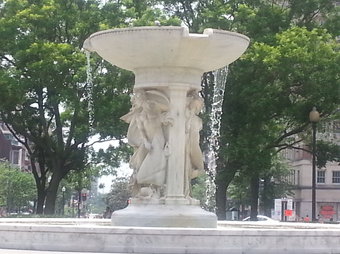 When traveling the world alone, it is hard to find attractive prices without sacrificing quality since most travel services are offered for two people, families or groups. The Share Economy has spawned multiple disruptive start-up’s including the popular rentals on Airbnb. However, such informal conversions of residences to, in effect, bed and breakfasts put the property owners and at times the marketers in conflict with local ordinances as has just been seen in Washington, DC.

DuPont Circle is one of Washington’s liveliest commercial and residential neighborhoods. Bordering on its more famous neighbor, Georgetown, DuPont Circle is, itself, both a historic district and home to some of the city’s most popular bars and restaurants. The latter are open fairly late for this Nation’s Capital which, unlike Manhattan, is not open 24/7. Into the mix of attached row houses came the source of controversy: the “Celebrity House Hunter Mansion.”

According to a lawsuit by the District of Columbia, the property owner ran afoul of local municipal ordinances as operating an unlicensed “residential housing building, public hall, boarding house, bed and breakfast, and general business.” What was the problem? Apparently, this popular venue was not just for short-term or overnight lodging but was used for large special events. A recent concert on the property included scores of attendees further causing noise and displeased neighbors. A more serious issue is the potential for a fire in a residence not previously required to meet city code for public events.

Its Airbnb listing now states that the property is not available for events. The District would restrict the property when rented to a maximum of eight people. The homeowner has stated that since Airbnb was not named in the lawsuit, that the city’s quarrel was not with all Airbnb properties but with this specific rental.

For single travelers, did such an option provide you with a top solo travel deal in lieu of more traditional bed and breakfasts? Let us hear from you.