More insights from John, our resident expert in the South of France: With France, solo cultural travel packages, you will learn why beyond the city lights of Paris and the beaches of the Riviera, there is a fascinating history and culture in the South of France and a favorite solo travel destination drawing those traveling alone for singles vacations.

Meet me at St. Louis, Louis…

The city of St Louis, Missouri, USA was actually named by two Frenchmen in 1764 after King Louis IX of France. This is why, due to the French Connection (another good film) it is LOO – EY and not LOO – IS.

So who was King Louis IX?

More importantly what has this to do with the South of France?

Read on………….and all will be revealed. 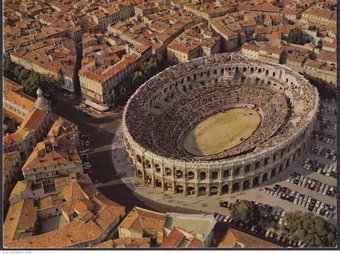 His mother basically ran the show until he was old enough to assume responsibility.

Louis quickly became adept at the negotiations and compromise that are required of  a ruler.

Part of this was to negotiate with the Kingdom of Aragon and in return for giving back Barcelona, the area known as Provence was taken under the rule of Louis.

In light of what Barcelona has become (in my opinion the European San Francisco) some might view this as a bad deal.

However ruling Provence gave Louis and France direct  access for the first time in its history  to the Mediterranean.

This was to prove crucial when in 1248 King Louis basically built a fortified port called Aigues Mortes.

It was from Aigues Mortes that King Louis sailed with a 15 000 strong army. This included 3 000 knights and 5 000 crossbowmen on 36 ships that heralded the Seventh Crusade – which went to Egypt via a lengthy stopover in Cyprus. During this Crusade, King Louis was defeated and captured and a hefty amount in ransom money had to be paid for his eventual safe release.

Although defeated, Louis exploits and conduct were looked upon as saintly by many.

Unrest and to-ing an fro-ing continued in the Middle East (nothing really changes does it?) and this led to King Louis calling for another crusade (Eigth Crusade) in 1267.

So the Eighth Crusade set sail and landed at Carthage in Africa on 17 July, 1270. It certainly wasn’t a well thought out trip as this was a very bad month for the crusaders to arrive and because of the heat and other factors like infected drinking water, crusaders started falling ill and many died. On 25 August 1270 King Louis died.

His dying last word was “Jerusalem”.

Much has been written about King Louis and his life and deeds which culminated in his canonisation in 1297 by Pope Boniface V111.

If you have enjoyed this snippet of some of the history to be found in the South of France, come to Aigues Mortes. With its cobbled streets, little shops and a walk along the ramparts, you  can  finish, with a photo of Saint Louis’ imposing statue in the town square. Hence the title “Meet me at St Louis, Louis”