Solo travel spring destinations are one way to save in the shoulder season before the summer tourist season. 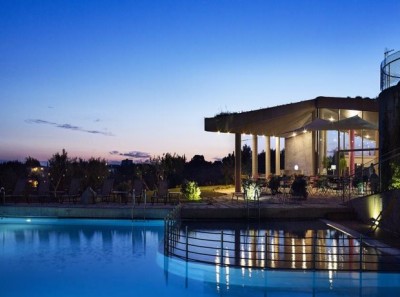 There is still time left to find destinations that offer solo travelers good prices now. Start with these five:

1. Spain:
Spain still has everything that typically draws tourists to Europe: castles, cuisine and centuries old culture and history, all at a lower price than in France and the UK. There are 3 distinct ways to approach Spain:
1. Start in Barcelona and see Gaudi’s world-renowned architecture and Catalonia and the Costa Brava, or as I did, hit the slopes in nearby Andorra. 2. Explore the Moorish south from Granada to the beaches of Marbella for golf or swimming or 3. Begin in Madrid, and visit nearby Toledo, the Escorial and the Valley of the Fallen.
However, if you arrive in Spain as I did during a holiday week, you may find many sights closed, but there is much to do in any case. See also Barcelona.

2. Portugal:
After a brief stay in Lisbon, I took a train up the coast northward to Porto. It is a great way to see the charm of Old Europe alongside 21st-century urbanity in the country’s second largest city set in the heart of the wine country. This UNESCO World Heritage Site is on an offshoot of the Douro River. Its history begins with the Celts in 300 BC continues through the Moors and on to the time of Napoleon. If you take the tram to the top of the Old Town, you will have an awesome view and unless you are in training for a triathalon, be glad you didn’t walk up it.

3. Morocco:
If you are starting from the south of Spain, be sure to take the hydrofoil past the Rock of Gibraltar to Morocco. (Unfortunately, it was cloudy so I missed seeing it but found the hydrofoil an adventure in and of itself. It took off like a rocket and felt like I was water skiing all the way to North Africa! When I was there in May, I was surprised at the chilly 55-60 degree temperature. In any case, It was a less crowded time to try out local restaurants and the sweet Moroccan mint tea, bargain at the suq and of course, go on a camelback ride.

A Vacation in the Former Yugoslavia:

4. Croatia:
In the north of the former Yugoslavia, just south of Slovenia, Croatia has long been a European tourist haven along the Adriatic or “Dalmatian” coast. Although the most familiar destination is Dubrovnik with its Italian flavor, I found the coastline down to Montenegro breathtaking as towering mountains bordered the coastal road. Croatia’s lodgings can be much higher during the height of the summer season, but good deals last through mid-May and start to resurface in Sept. Croatia is a great standalone trip or a vantage point to add Montenegro, Slovenia or even Greece.  See also: Croatia: A Top Solo Travel Destination  and  Truly Croatia.

5. Mt. Rushmore, South Dakota:
North and South Dakota were on my bucket list to complete visiting all 50 US states. When I arrived in Rapid City, SD, I was immediately struck by how welcoming people were. I stayed in the Hotel Alex Johnson right in the center of town. It had an authentic Old West feel and had a festive street fair and family-style barbeque next door on the weekend. On my day tour of Mt. Rushmore, I was intrigued to see the number of international tourists in the mix of a million or so visitors to the region in a year. A great second day is to see the Crazy Horse Memorial and meet the Native American artisans and view their crafts and jewelry. If time remains, do take a day in the Black Hills.  See also:  New Orleans as a Great Destination. Solo Travel Destinations-New Orleans.

On tours, remember that slots for no single supplements go fast so don’t delay!

For more destinations for top solo travel deals with no single supplement, see these to learn more: