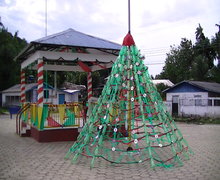 Every summer I start making plans to avoid being “Home Alone for the Holidays”. I’ve had some real adventures, going upriver on the Amazon and welcoming the New Year in Cambodia.

I think the best vacations for singles are river cruises because they allow for time alone in a private state room but with a ready-made group for meals and travel. Having finished the visa applications, booked all the hotels and airplane tickets and purchased my solo travel package, I now am able to sit back and enjoy reading about the Mekong Delta. I was surprised to see in the background packet some very unique aspects of the region as described by our tour operator’s background piece included below:

For more top solo travel deals for the holidays or year round, see our “River Cruises” offerings for one of the best vacations for singles whether you are looking for solo travel Asia or other traveling alone specials.