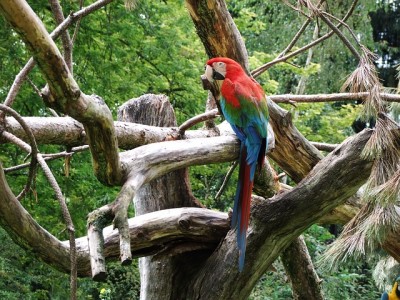 Ecuador is off the typical tourist track but still presents multiple vacation options. The Pacific Coast provides relaxing beaches while the Amazon allows for combining ecotourism with active sports from hikes to whitewater rafting/kayaking in Tena. Lastly, for history buffs, both Quito’s old town and Cuenca give insights into Ecuador’s colonial past.

Eclipsed by higher profile South American tourist destinations, Chile, Argentina, and Brazil, Ecuador is sandwiched between Colombia and Peru. It is a relatively small country, approximately the size of the US state of Colorado. Notwithstanding the latter, Ecuador has eleven national parks and majestic volcanoes, including well-known Cotopaxi and Tungurahua.  As to indoor activities, for those who like to shop, Ecuador, the home of the “Panama” hat, offers an array of goods from silver and leather to handicrafts with moderate prices.

An Andean nation, Ecuador’s capital, Quito, was one of the original UNESCO World Heritage Sites. At more than 9,000 feet above sea level, Quito has a temperate climate earning it the name of the “city of eternal spring” although it lies just 15 miles south of the Equator.   The second largest city in the country, it still retains a well-preserved old town centered around La Plaza Grande and containing the Palacio del Gobierno and Cathedral. Nearby is another top sight: the San Francisco Monastery.

Beyond such traditional tourists’ sights, the city, itself, includes great vistas from neighboring hilltops in residential neighborhoods. Tucked nearby are many informal, modestly priced restaurants.

Ecuador’s Pacific Coast is dominated by its largest city and major port, Guayaquil. With its riverside boardwalk, Malecón 2000, featuring multiple restaurants and shops and its contrasting nature and eco-preserves, Guayaquil is more than just the launch pad for points West.  For a slice of history, La Rotonda commemorates the meeting of South America’s two most famous liberators, San Martin and Simon Bolivar.

As noted, Guayaquil is also a major departure point for those westward bound primarily heading to Ecuador’s Galapagos Islands, 600 miles at sea.  Named for the large tortoises found there, the Islands have a colorful history having been populated by pirates 4 centuries ago.  Currently, they are a popular destination fortunately for ecotourism not 21st century buccaneers.  The number of rare species of animals and plants are the major draw which in the early 19th century prompted a visit by Charles Darwin. Restrictions apply in keeping with conservation efforts so you must plan ahead to join one of the small boat tours.

Cuenca, Ecuador’s third largest city, still bears the imprint of the past with cobblestone streets and colonial architecture.  However, its most noteworthy public building dates from more recent times. The large domed “New Cathedral” was completed in the 20th Century while the “Old Cathedral” now serves as a museum.

Close by Cuenca is the Ecuadorian Amazon which spans six provinces although less well known than its Peruvian and Brazilian counterparts. Tours frequently start at Baños for visitors in search of pink dolphins, howler monkeys, three-toed sloths and oversized rodents.

Overall, the chief benefit of an Ecuadorian vacation is that it offers a range from leisurely historical and cultural tours to active more adventurous outdoor sports and ecotours: All at an affordable price.  In addition, Ecuador’s distinct weather zones provide a choice for those who like the tropics to head for the beaches or rainforest or for those who want to flee the heat to enjoy Quito’s moderate climate.  Lastly, Ecuador has retained the distinct flavor of the Andean region while still being accessible to international travelers.

For over 20,000 tours worldwide, go to our user-friendly, free solo travel search tool, the SoloTravelPricingTracker.net.