Solo Travel Destination Chile: While having only a small percentage of the world’s population, Chile has produced global figures in the arts, including two Nobel Prize winning poets: Gabriela Mistral and Pablo Neruda. 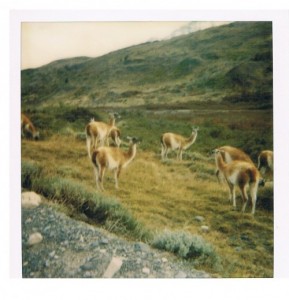 Just getting to Chile was part of the adventure. When I arrived at the airport in Washington, there was a flight delay because of bad weather.  After about 4 hours in the gate, we were allowed to board. Then it was announced the winds had shifted and the plane could not take off. I returned home for the night and started out again the next day. High over the Andes once again bad weather intervened requiring that we land in Argentina. At last, we arrived in Santiago!

Chile demonstrates the rich differences within the South American continent. Although much of the region shares a common language and a 16th century colonial history, after O’Higgins and San Martin led Chile to independence in the 19th century, it has created its own modern history.

Solo Travel Destination Chile: Two features immediately struck me: First was the strong and pervasive European influence. Rather than tapas, afternoon tea was widely featured along with ads for a French Impressionist art exhibit. There was no meringue, salsa or tango. In fact, the first dance performance was at a top restaurant with Pacific Islanders performing at dinner. I soon discovered that even newly arrived, jet-lagged diners had the “opportunity” to be led off to the stage for an introduction to Island dances. (One advantage if you travel solo, there is no one to send photos back home of your first awkward steps.)

Secondly, the geographic range of climate zones and topography was immediately apparent. Chile, 2,672 miles long, felt like many countries comprised within one national border. The north was very arid as it reached into the Atacama Desert while going southward to Puerto Montt was reminiscent of a Swiss Village. From the ski slopes moving on to Antarctica Chile, the landscape was suddenly filled with glaciers and snow-covered roads.

Chile: 4 Countries in One for Top Solo Travel Vacations!

My view of Chile had 4 distant parts. The first was Santiago, Chile’s capital. With over 1 million inhabitants, it offers an array of choices.

Although many colonial buildings have been demolished, key remaining gems include the Basilica in La Merced. Moving on towards the Plaza de Armas, you will find the 18th century Casa Colorada. The past blends in with the present when you visit the Benedictine Chapel whose architect, Gabriel Guarda, created Barcelona’s most famous landmarks.

Another top sight is the Palacio de La Moneda or President’s Palace. It was first constructed in the 18th century but most recently largely reconstructed in the 1980’s. While you are there, you can check out the colorful Changing of the Guard accompanied by a brass band.

For a more detailed view of Chile’s diverse culture, Santiago has multiple museum options, including the popular National History and Pre-Columbian museums. You can also visit the home Neruda built for Matilde Urrutia, his third wife who inspired his greatest works. It is known, as she was as, by the name La Chascona and is located in the Bellavista district.

After a day steeped in history and culture, you will want to save time to take the gondola for a view of the city from Cerro San Cristobal.

My second distinct view of Chile came from a side trip to ski nearby at the local slope Colorado. Just an hour away, it lacked the steeper inclines of the more famous slopes of Portillo or Argentina’s Las Lineas and Bariloche.  However, what it lacked in challenging my Intermediate ski prowess, it more than made up for in easy access as an unexpected add-on.

My third destination was Puerto Montt located in southern Chile’s Lake District.  Founded in the 19th century by German settlers, the flavor was that of a European village albeit with the addition of the Pacific Ocean. Strolling past waterfalls, you could see llamas munching along the roadside and then visit the stunning Osorno Volcano. The outdoor options in the region are varied, from hiking through the national parks to boating and horseback riding.

My fourth and final view of Chile was in its most famous destination other than the capital, Santiago: the far south in Punta Arenas, Antarctica, Chile. Traveling by bus, I was pleasantly surprised at the first class service with videos and soft drinks’ being served.

On arrival, I hired a taxi for a day’s sightseeing moving at a rapid pace over sometime harrowing snow-covered roads. Working cowboys, i.e., vaqueros or gauchos, sped by on horseback alongside us. Their weathered faces reflected life in the harsh climate.

Although a small museum in Puntas Arenas told more of the history of this remote region, the real draw for tourists is outdoors even during the wintertime.  I spent a full day exploring the key attraction, the Parque Nacional Torres del Paine with snow-capped mountains, waterfalls and a large clear blue lake. At the lower elevations, it was not too cold for hiking or just long walks through the Park.

To the south is Cape Horn and the Drake Passage, the latter the gateway to Antarctica, itself.  Chile is well-positioned geographically to take that next step, to head westward for the remote Pacific/Easter Island or to combine with a business or leisure trip elsewhere in Latin America.

Solo Travel Destination Chile: Chile was an ideal solo destination because of:

1. Its diversity of cultures and attractions

2. The range of terrain from desert to ski slopes to glaciers

4. The numerous sporting and adventure options from skiing the Andes to hiking through the Lake District of Puerto Montt to boating in Punta Arenas and down to Cape Horn.

5. Its safety and availability of 4-5 star service and tours

6. The access to the Pacific and Easter Island or on to other parts of South America and Antarctica.

If you don’t want to see the summer end, book now for December in Chile and go boating and swimming instead of shoveling snow!

For more ways to see Latin America while making a contribution and find cheap solo travel deals, see these many volunteer options. See also 10 Ways to See Latin America. Looking for adventures from zip lining to white water rafting, Costa Rica is the place for the best solo travel packages.

For over 20,000 tours worldwide, go to our user-friendly, free solo travel search tool, the SoloTravelPricingTracker.net.