Top Solo Travel Destinations-Scotland: Scotland is perfect for adventure or a cultural tour. Alternatively, it is an ideal vacation through a tranquil trek through magnificent landscapes. 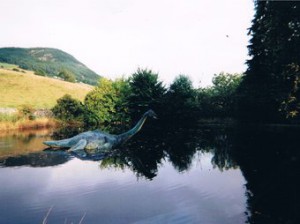 Having one largely forgotten Scottish ancestor but always looking for new destinations, I traveled to Scotland for a brief introduction. I quickly learned during a week’s stay that there was much more to explore than just bagpipes and sites with colorful names like the Firth of Forth.

Navigating Edinburgh on arrival was easy. Towing my roller-bag, I easily found the four star bed and breakfast which I had booked. It was not in the historic part of the city but in the modern “New Town”, ironically a contemporary of America’s earliest history.

Edinburgh was filled with Scotland’s past from the Wallace Monument to the Royal Mile, Palace of Holyrood and Royal Chapel.  For those of us non-royals, St. Giles Cathedral awaited. Easy to overlook was the small stone in front which is the Heart of Midlothian. Observing the custom (spitting on it when passing by) was the ancient way to show contempt for authority and the sheriff of olden days.

Edinburgh Castle had one addition not often found in castles, a large dog cemetery. As in England, dogs have long been man’s best friend in Scotland. Everywhere in Edinburgh you see testimony to this fact. One of the most frequent photos around town was of Greyfriars Bobby. This Skye Terrier became famous for his devotion to his master. Bobby remained at his master’s grave, the story goes, for 14 years. He is now buried near his master in the shadow of the small church.

Having spent many of my schooldays studying English history, I was impressed with how much there was to learn about Scotland. Nearby Stirling Castle was the hotbed of much drama and a good lesson on how harsh medieval warfare could be. Just as at York Castle in northern England, the winning side frequently would hang an enemy from the rooftop to die slowly of the elements.

Mary Queen of Scots had an early start in palace intrigue becoming Queen when she was only 6 days old. However, that did not prevent her father’s supposedly commenting before his death on her dim prospects saying: “It (the Stewart dynasty) began with a lass and it will end with a lass”.  That did prove true but through no fault of Mary’s but Queen Anne’s who died later leaving no heirs.

Putting aside the soap opera that enveloped the Stewarts, the later history of Scotland went more smoothly. Since its return in 1996, visitors can view the Stone of Scone (say “skoon”), part of the centuries’ old coronation ceremony for Scottish monarchs. (In the 13th century AD England’s Edward Longshanks/Edward I took it back to England where it remained for 700 years.)

Plenty of photo opps abound to pose with the traditional bagpipers and to capture the remaining castles on film. Most easily recognized were the Castle Stalker and the Eilean Donan until Duntrune Castle appeared in James Bond’s Skyfall. For more royalty buffs, there is Glamis Castle, childhood home of the future Queen “Mum”.  For contemporary royal Scottish castles, you can try out a stay at Balmoral yourself, or almost: Vacationers can rent a cottage on the Balmoral Estate owned by the Queen.

With all the open spaces and hills, Scotland, surrounded on three sides by water, is ideal for ecotourism and hiking. However, the far north receives many tourists annually looking for a glimpse of the Loch Ness Monster. Tour boats have met this need by placing a decal strategically on a window. That way you can actually “see” the Monster floating on the water and add it to your trip’s photos.

Having absorbed as much information as I could retain and with my picture of the Loch Ness Monster firmly in hand, it was time to head back home.

In any case, I highly recommend Scotland to fellow solo travelers since:

2. Prices were moderate even for solos looking for quality service. There are many well-priced bed and breakfasts. Meals also were not very expensive since there were multiple neighborhood cafes and pubs.

3. There was something for everyone: history, architecture, hiking and ecotourism.

4. It was an easy-to-navigate, safe destination with readily available public transportation.

5. From most overseas locations, it is very accessible via London. I highly recommend taking the train. It was the perfect way to see the surrounding countryside. I was really surprised to see how many castles there were beside the train tracks.

(Solo Trekker 4 U personal tip:  I took the train from England to Scotland. It was a great way to see the countryside and get a cheap solo travel deal.  For some fresh ideas, see:

For lodging for our top solo travel destinations-Scotland, please return to our home page booking engine. You will find over 800,000 options. They range from economical home stays to five star luxury. Don’t forget to check out the verified solo travel reviews or check out our free, easy search tool, the SoloTravelPricingTracker.