Solo Travel Destinations- American Southwest: One of the great features of the US Southwest is that it really has something for everyone. One late November, I booked an elegant spa/5 star hotel in the Scottsdale, Arizona area. 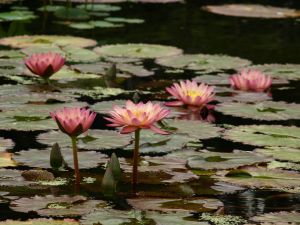 There was a wide array of options available from lounging to hikes. Coming from the East Coast, one surprise for me was that the desert that time of year was not always warm. The outside patios had heat lamps making it comfortable even after sundown to sit outside for  dinner.  Apparently, I was not the only one thinking of blazing sunshine and cowboys riding off on the horizon:  I booked a full day’s excursion to the Grand Canyon. When my  mini-van arrived there, snow had begun to fall. One of our small group, a woman from Europe, dressed in “desert” gear, lightweight clothing and street shoes dashed to the gift shop. She returned to admire the Canyon view decked out in layers of sweatshirts, a baseball cap, a marginal improvement!

Another surprise: As a child, I had joined my fellow schoolmates crooning  “Home on the Range …where buffalo roam”. This was more legend than reality since apparently  there are no “American buffaloes” only “bison”.

In any case, it was an enjoyable trip which I would recommend. The only drawback?  When traveling, I prefer being within walking distance from a variety of sights.

A  very different but equally good trip followed with Christmas in Santa Fe, New Mexico.  There was lots of snow which was very seasonable but better still was the historic town itself.  There were multiple restaurants, shops and local landmarks, such as the St. Francis Cathedral Basilica. The latter was built rather recently in the late 1800’s but serves a 400 year old parish.  Native Americans offered jewelry and other goods , most popular of which were turquoise and silver necklaces, earrings and even belt buckles. (Earlier in November Santa Fe hosts the SWAIA Winter Indian Market. )

Taos besides its views en route is famous for somewhat challenging ski slopes. Although a remedial Intermediate Skier, I dutifully carried my skis  to Santa Fe anticipating a day’s ski trip at Taos. Unfortunately although having arrived in time for virtually daily snowfalls, my trip coincided with Christmas week. As a result, the minivan commuter services I contacted were all unavailable.  Local residents discouraged me from renting a car to make the unfamiliar mountain drive alone during potentially heavy snowfall.  One creative solution was to get a ride to the mountain and hope to find one on return.  I rejected the possibility of being stuck overnight looking for lodging with a day enjoying the region around Santa Fe.

I found year-round both Arizona and New Mexico good choices for solo travelers. However, for side trips to national parks check ahead for winter closings.