“Quarantine Stations” Being Added to 5 Major U.S. Airports Due to Ebola Outbreak

West Africans will be granted “special treatment” through extensive questioning and the taking of their temperature when arriving in the United States.  The CDC expects this to be only a small part to a much needed larger solution.  So far there has been one death in the U.S. which occurred this Wednesday in Dallas, Texas.  The man traveled from Liberia via Belgium.

According to the World Health Organization more than 800 people have been infected with Ebola and at least 3,800 have died.  It is believed that the actual numbers are much higher before Ebola was identified as the main cause.  Things are only looking worse as the regions of Liberia, Guinea, and Sierra Leone continue to spread.  Stay tuned and aware of possible Ebola symptoms, see the CDC’s diagram below, during this crisis. 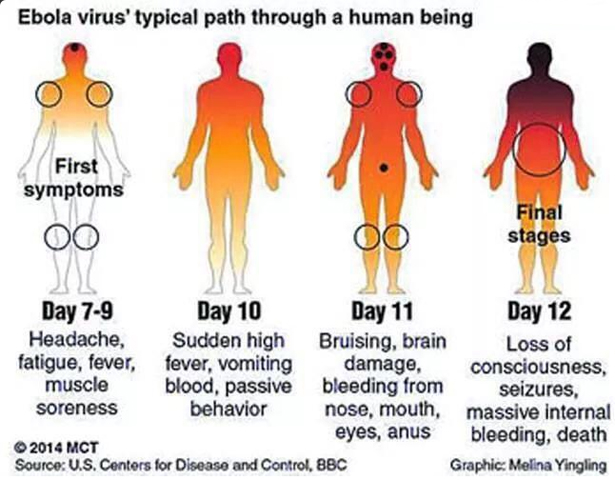