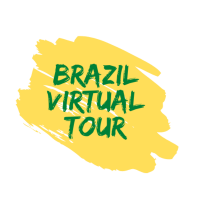 While we each wait for travel restrictions to end, timing is perfect for a virtual visit live to plan your next trip for 2021. Start with Brazil and Sri Lanka and see why they were two of my very top trips of a lifetime!

My personal adventure: an “Amazon Christmas”:

Home alone for the holidays? Not a chance! As a solo traveler, I have a traditional holiday at home early and then head out alone for another adventure abroad.  One of my most exciting ones was going upriver on the Amazon on a small boat for 15 guests.

Manaus, a city of 1+ million, provided an easy transition into life at the Equator. The traditional city tours include the Opera House/Teatro, outdoor market, Sao Sebastiao church and  Palacio Rio Negro. To complement the 8 day river cruise, I chose an alternative: spending my two days in Manaus focused on learning more about the local wildlife, a task that would be difficult in the dense rainforest.

From Manaus, the next step in this unique journey was “Going Up River”. For more on my Amazon Adventure, see this follow-up.

Beyond Brazil’s famous beaches and wildlife tours in the Amazon, there is so much more to learn about the people and their history.  A new and safe way to travel without leaving your couch… tour guides are busy finding fun options for you to continue to travel, learn, connect and explore…virtually! From home, you can now meet certified tour guides on a Live Virtual Tour! During your tour, you’ll spend about an hour and a half with a certified tour guide on your selected tour and you will learn about their city’s culture, landscape, food, art and history. Via your laptop or tablet, you can do everything from learning more about Brazil, explore the Iguassu Falls, go on a ride till the top of Corcovado mountain and see the Christ Redeemer statue and much more…. These are NOT PRE – RECORDED EXPERIENCES: it’s you and a tour guide, live. After the presentation, you can ask questions and the work with Neyla and Gisela to tailor-make the right trip for you.

Please click the above link, and see how many options of Live Virtual Tours are waiting for you to try, and note that every day they will have more tours launching!  Be sure to say Solo Trekker 4 U sent you!

On my trip to Sri Lanka  as a guest of NKAR Travel & Tours, I had seven different vacations in one. I had an authentic view of Sri Lanka from beaches to towering hills. It has something for everyone either as a standalone visit or combined with India, the Middle East or the Maldives. I flew on Qatar Air for a stop over in Doha, capital of Qatar.

Sri Lanka’s small size makes it possible to have a good first introduction to the country in a week. For many of us in the US with limited vacation, the timing is just right. It is a very clean country even in rural areas and very safe. As one commentator quipped: If two bicycles were stolen in one day in Sri Lanka that would be deemed a major crime spree! As a woman solo traveler, I had no security concerns.

People were warm and friendly, and pricing was good. With the help of NKAR, I even found several hotels that had solo-priced rooms!  That was the first time I had seen single room pricing outside of Europe where lodging commonly has discounts for one adult rather than a standard rack rate. (For more on 200+ European solo-priced hotels, go to our SoloTravelPricingTrackerTM..)

Add Sri Lanka to your bucket list. You will be delighted. For three sample tours from NKAR, please go to Sri Lanka Safari, Wildlife and Ecotourism, Solo Travel Cultural Adventure Sri Lanka and Sri Lanka Adventure and Optional Maldives Extension. They can be tailored to your own travel style and budget.

A Couch Safari for Free!

Now you can travel there “for free” in 2021. Sri Lankan authorities announced Wednesday that they will offer livestreams from the island nation’s wildlife parks, in a move to help revive a tourism industry that has been decimated by the coronavirus pandemic. The government’s Tourism Promotion Bureau said livestreaming will initially cover four national parks to showcase the South Asian country’s exotic wildlife, including leopards, bears, elephants, crocodiles and birds. The project will offer eight wildlife streaming video sessions of one hour each which will be shown on social media platforms and shared further through broadcast media, the bureau said in a statement. Sri Lanka was named the world’s top travel destination for 2019 by Lonely Planet.  Take advantage of the free “safari” with upcoming videos that introduce you to the countryside and rich wildlife. 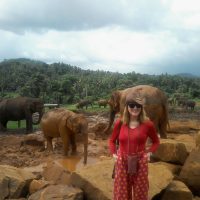 Join this couch safari by registering now as registration for the event began last fall and continues on this link: Monday, 26th October 2020.

For more global tours with no (or low) single supplements and well-priced hotels, check frequently for our recommendations at  our free SoloTravelPricingTracker.net.

For tips on packing, budgeting and tracking travel expenses, check out our free Solo Sherpa available at the App Store and the Google Play Store.