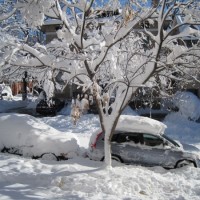 Solo Travel Deal-Quebec City:  It is hard to beat Quebec City as a top global year round destination. I have been seven times for a stay at the Fairmont Chateau Frontenac.  If I could visit just one Canadian spot or city each year, it would definitely be the Old Town of Quebec City. Although it can be pricey during major holidays, off-season or during the winter’s chill, the rates are much less. It offers luxury and history from its heated in-door pool to its top of the line on-site restaurant.  In any case, there is lots to do with the feel of France at a much lower price!

Each season is special:

You can see brilliant fall foliage along the cliffs over the St. Lawrence.

You can enjoy multiple outdoor winter sports if you can stand the really, really cold weather! I once skied in a real blizzard there in complete white-out conditions. I gave up and went to the lodge for a hot wine and a real lunch feast! After dog sledding, I was sure my feet had turned to blocks of ice and was glad to find hot chocolate waiting for us.

In spring, you can stroll through the parks in the Old City of Quebec as flowers start to bloom.

In summer, you can hike through the neighboring mountains.

The region’s history dates back to the colonial days of New France. Along with its southern neighbor, it battled for independence in the 18th century. Quebec City is a UNESCO World Heritage Site.

Solo Travel Deal-Quebec City: Things to Do and See:

The 4 star Fairmont Chateau Frontenac is one of my favorite hotels in the world. It has Old World charm and service but with modern touches like Wi-Fi. Better yet, it is dog-friendly. They even have their old canine ambassador. I am told you can ask to take her for a walk! 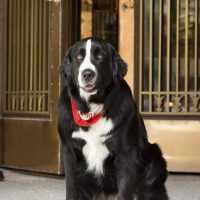 It is on the best spot in the Old Town perched on the St. Lawrence Seaway. It is just steps to the top sites from the Plains of Abraham to the new town and the Old Town shops and cafes.

They can provide van service to ski or go dog sledding.

My own favorite is their heated pool in doors. You can swim laps as you watch the blue flag wave.

It is the right place to go on solo travel or even for families and couples. However, it can be pricey so I recommend that you go off-season. The colder the weather the lower the daily lodging rate.

For other options for a top solo travel destination Quebec City from economical bed and breakfasts and home stays to 4 and 5 star hotels, please return to our booking engine on the home page. You will have one million global options. Don’t forget to see the verified solo travel reviews.  In addition, look at our curated, pre-selected lodging options at our free solo travel search engine, the SoloTravelPricingTracker.net.

For tips on packing, budgeting and tracking travel expenses, check out our fee Solo Sherpa available at the App Store and the Google Play Store.