New beaches to explore: When I was a child living in Georgia, we had a multitude of cousins living in the Florida Panhandle. Each summer we would make our way driving through South Alabama to spend time in Panama City and Fort Walton Beach. Many years later the Florida Panhandle has been “discovered” by tourists. It has prices that are much less than South Beach and smaller crowds. However, even sun worshipers who prefer the summer time may find Panama City’s average winter temperatures of 65 degrees Fahrenheit a welcome relief from frigid snow storms. 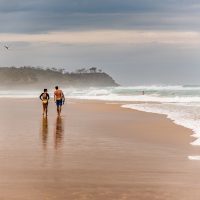 Things to Do in Destin, FL:

The “Florida Panhandle” is the northwestern region of the state. This two hundred mile long strip of beaches is nestled along the Gulf of Mexico.  Alabama and Georgia are the states bordering the Florida Panhandle on the north. In past decades the region was best known for Panama City and the Eglin Air Force Base near Pensacola, FL. However, along with Panama City, Destin, adjacent to Fort Walton Beach, has become a top destination for tourists. Known as a great spot for fishing, it is part of the sought after Emerald Coast. As in most of Florida, beachcombing, water sports and boating take the lead for most tourists. However, there are many other options/events:

Things to Do in Panama City, Florida:

Enjoy four-star luxury for less before the summer season. The Carillon has its own private beach access to the Gulf of Mexico. If you are not much for braving the waves, you can relax in one of the hotel’s four swimming pools and its two hot tubs. If you are looking to escape the noon day sun, there are a variety of shops and galleries on Market Street to browse as well as on-site restaurants for  full meals or quick snacks and drinks. Fashionistas who are looking for more boutiques can shop at Pier Park is 12 minutes’ drive from the Resort. For a change of pace, there is a free shuttle to Rosemary Beach.

Carillon Beach guest rooms provide a view of the Gulf or Lake Carillon. If you would like to eat-in during your stay, they include a kitchenette and dining area. Flat-screen TVs and iPod docking stations are also offered.

Carillon Beach has a modern fitness center that overlooks Lake Carillon. Its Salon Baliage & Spa features a variety of relaxing massages and beauty treatments. The resort’s Market Street is home to shops, restaurants, and galleries.

If you are looking to hike or just stroll, Camp Helen State Park  is less than ten minutes from the Resort Inn.  Golfers can take advantage of  the Holiday Golf Club just under nine miles from the Resort. 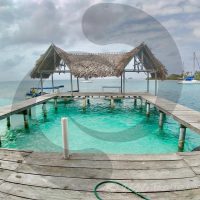 A Quick View of Panama:

In much of the world Panama is best known since the Canal was opened in 1914. It now connects the Atlantic and Pacific Oceans and thereby boosts international trade. Panama is set at the southernmost part of the Central American isthmus. It is bordered on the north by Costa Rica and by Colombia on its southern border.

Here are some quick facts about Panama:

Things to Do in Panama City, Panama:

Prices are really great! There are five-star hotels for just over $100 and some slightly below.

For example, the Westin in Panama City, Panama starts in late May at $136. Westin Hotels are known for their world-class service. While this hotel is not on the beach, it is filled with amenities:

An alternative: Your own bungalow over the water!