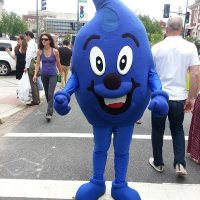 We’ve all been there!?! War stories of worst airport experiences of a lifetime. Mine: As a teenager, I made my first solo trip abroad to join an international volunteer summer program in Trinidad and Tobago. It was a magical time looking 7 miles across the Boca del Dragon for a glimpse of Venezuela. Not so magical on return arriving in Miami. I boarded a flight to head back to family in New Orleans. Shortly after take-off, there was a loud sound from outside. A mom a seat ahead reassured her young child that “it was just a seagull”.  After the pilot announced we had lost an engine and would be making an emergency landing back in Miami, the cabin crew instructed us on “brace” (crash?) position as my silent mantra as “just a seagull”.

Thankfully, after we all safely walked back across the tarmac, I was back in Miami International. Unknown to me was that I had begun a four day saga “no way out”. In that time before cell phones and not armed with a credit card, I waited for: a new reservation, a pre-paid plane ticket and wired cash. Ironically, a school friend was local and visited me from my refuge sleeping sitting up in the airport. (Key tip: Don’t fly in a sleeveless, short silk dress if you don’t love Arctic chill from relentless air conditioning. I scored a blanket from Pan American which is now squirreled away in my steamer trunk of memorabilia.

While they pale by comparison, two other airport stays are still fresh in my mind.  During my solo trip to Egypt, I patiently waited in a tent in the desert at Abu Simbel while an Airbus with 200 seats came to  fetch 400 waiting tourists that over time led to a fist fight.  (Tip two: Dust off your foreign-language skills when all else fails. While the crowd grew restless, I practiced my Egyptian Arabic classes with the security guard.  I must have gotten it right since when the plane arrived I was the first one allowed to board!

Some of the “fun” in airports can come from our fellow passengers.  In the Munich airport on the way to Washington, DC, I felt like a brawl might erupt.  While the airline staff member took me to the next gate to solve a connection problem, one of my fellow Americans barged in and demanded that I “wait in line along with the other passengers heading to San Francisco”, 3000 miles in the opposite direction! Not trusting my memory of German from Gymnasium days, I couldn’t give him a snarky look and transition to a language he did not speak. Absent that and not wanting to channel the Abu Simbel experience, I looked him in the eye and addressed him as “Rude Man”.  He finally went into full retreat. (For more on the dangers of “traveling rude”, see our earlier post on the Chinese solution.  Alert: This “risk” of  traveling rude starts before leaving home. When I applied for a visa one summer to another destination, I was greeted by a sign that warned: Rudeness would result in a visa’s being refused!

Fast-forward to 2020-2021, I spent part of the holidays looking for the elusive “fun airports” of the world plus how to bring the fun to a standard airport layover.

The most fun airports (premium-traveller.com)

Best Airports in the US for Surprisingly Fun Air Travel – Thrillist

For your questions on K-9 airport ambassadors,  find the answers here,

Traveling to and from a different destination?

Make your own airport fun: