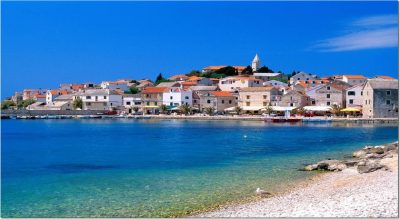 What is one of our most popular spots? Croatia-a top solo travel destination!

Croatia is set in Southern Europe. It was in the past part of Yugoslavia. It is nestled on the eastern side of the Adriatic Sea right across from Italy. It has a population of only 4.28 million. The official language is Croatian. Nearly ¼ of the population live in the capital of Zagreb. Croatia is one of Europe’s best hidden gems.

Croatia attracts tourist from all over the world because of its:

Croatia can be divided into the following regions:

Coastal Croatia: Mediterranean climate. It has 1,000+ islands. They are the country’s main attraction.

Croatia-a top solo travel destination: A range of options in one vacation:

Croatia is the place for you for:

Here are a few examples of Croatia’s most popular destinations:

Croatia’s gourmet delights and exquisite vines are one of the country’s best assets. Croatia’s delicious dishes are prepared with only natural ingredients from the land and the sea. They provide real variety from region to region. For example, the mainland cuisine is famous for stew-like meat dishes. In contrast, the lighter, coastal, Mediterranean cuisine focuses on fish, olives, olive oil and rosemary.

Croatia is also famous for its vineyards. In both the mainland and the islands, the vineyards not only add natural beauty but produce extraordinary wine due to the fertile soil.

Croatia-a top solo travel destination has both natural diversity and harmony. Do you want to fall in love with a colorful country? Explore and discover as many things as possible? Well, then you must visit the tiny paradise called Croatia!

For solo travel packages, go to Croatia By Land and Sea. For more information go to www.TrulyCroatia.com.

For more than 1,000+ solo travel tour/cruise operators and lodging covering 20,000+options with no to low single supplements, use our free search tool, SoloTravelPricingTracker.net