Central America-Top Solo Travel Destination: As I plan my next trip once travel resumes, I have found Central America to be one of the easiest and best priced solo vacations for North Americans. 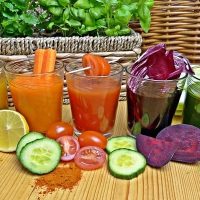 The reasons?
1. The seven countries of Central America are relatively “close” and therefore both have airfares typically much less than Europe and require less travel time.
2. You have both a mix of languages (6 Spanish-speaking countries plus one English-speaking country, Belize) as well as varied histories blending African, Caribbean and European cultures.
3. Each has miles of beaches,  including those that offer a choice of Caribbean or Pacific coasts.
4. Costa Rica is perfect for an ecotour with some of the greatest eco-diversity in the world.
5. Central America has multiple rainforests ideal for exploring and viewing wildlife.
6. For adventure travelers, there are active sports options from whitewater rafting to zip lining. (Be sure to note the fine print in your travel insurance policy!)
7. Archaeology enthusiasts will find multiple Mayan ruins to explore, especially in Guatemala and Belize.
8. Prices are really low. We recently found a well-rated Guatemala mountain lodge with solo-pricing of $22/night for this Sept. Check our Booking.com search engine on our home page for Belize, Guatemala,  Costa Rica and Panama.
Central America-Top Solo Travel Destination: Focus: Belize:
Belize, formerly known as British Honduras until 1973, also thwarted early efforts by Guatemala to claim it as their own territory. An independent nation since 1981, it is still a member of the British Commonwealth.  Belmopan is its new interior capital replacing Belize City as the latter located on the coast suffered from recurring tropical storms.
Belize has dense forests to explore plus mountain peaks for trekking.  Like the remainder of its neighboring nations, it has miles of beaches offering water sports from scuba diving to snorkeling and canoeing.
Belize’s wildlife sanctuaries have exotic species from tapirs to colorful birds. For sightings of normally shy jaguars, the best spot is the Cockscombe Wildlife Sanctuary. Other popular tourist destinations for viewing wildlife
include:
Aguacaliente Wildlife Sanctuary
Belize Zoo
Bacalar Chico Nature Reserve
Community Baboon Sanctuary
Tapir Mountain Nature Reserve
Crooked Tree Wildlife Sanctuary
More sights and things to do include:
Diving in Blue Hole and the Turneffe Atoll

While Guatemala’s ancient history dates back to the Mayans from 2,000 BC, its modern history began with the Spanish conquest in 1511.  With its capital in Guatemala City, the country had a three decade civil war which finally ended in 1996. During that time, the Nobel Peace Prize was awarded to Rigoberta Menchu, a leading advocate of the rights of indigenous people.
Although all of Central America is filled with volcanoes, it is likely that the largest number are in Guatemala. They total twenty-seven in number and including several still active ones. Guatemala, along with its neighbors Mexico and Belize, includes a portion of the Yucatan Peninsula. While the country lacks some of Costa Rica and Panama’s revenue-generating resources, Guatemala has many of the same Central American agricultural exports from nuts and fruits, such as bananas and pineapple plus sugar and coffee.
Things to See and Do in Guatemala:
Mayan ruins range from classic pyramids to stone carvings known as stelae. Among the most famous is Tikal which you may recognize form the film. You will have at least 500 ruins to consider visiting. Especially well-known are Iximché, Quiriguá and Yaxhá.
History buffs will want to be sure to visit the nation’s original colonial capital, now known as Antigua Guatemala.
For views from mountain peaks and insights into Guatemalan culture and traditional dress, the best spot is Todos Santos Cuchumatán.
For a contemporary view of Guatemalan life, you can visit its second largest city, Quetzaltenango. Sights range from the main plaza to the impressive Catedral de Espiritu Santo. With two nearby volcanoes, there are many local options for  hiking and camping.
Beyond the beaches, to swim in caves and pools, the best location is Semuc Champey.
Lake Atitlan and the region: Centrally located, it is one of the most sought after tourist sites in Guatemala. Located high up in the Sierra Madres, it is surrounded by small villages providing an opportunity to learn more about the country’s Mayan heritage. Looking for a more active visit: Try your hand at paddle boarding in the lake.
Central America-Top Solo Travel Destination: Focus:  Costa Rica:
Following the arrival of  Columbus in 1502, Spanish rule followed in 1524 and lasted for three centuries. In the early colonial days, Costa Rica was part of broader region which the Spanish governed along with Guatemala.  However, initial settlements along the coast suffered from both malaria and Dengue Fever. However, Costa Rica gained its independence early in the nineteenth century. As of 1889, the country became a democracy. It has prospered with active exports of  coffee plus other agricultural products while also becoming one of the most popular tourist destinations in Central America.  For more information, click here.
I had a great solo travel experience in Costa Rica.  I took an unusual course. Instead of booking a beach resort, I stayed in the capital city of San Jose. It was more economical than many of the stylish beachfronts.  In addition, the Old Town had museums with artifacts and replicas dating to the time of Columbus. The museum of gold (Museo de Oro) was at the top of my list. Fashionistas will be pleased to find that its gift shop has very convincing, well-priced copies of ancient artifacts made into gold and silver jewelry.
Another advantage was the great lodging prices. I traveled during the shoulder season in September after the summer crowds had left, and while it was too early for “snow birds”. Since my 4-star hotel was changing its hotel chain affiliation wand wasn’t full, I received a free upgrade to a junior suite.  (A tip here: When hotels are in the process of changing management companies/brand affiliations, you can get even better deals.)  I connected directly from the hotel with a series of all day tours. That way I could be basking on the beach and boating in the Caribbean Sea one day and on the Pacific Ocean Coast another.  For a real change of pace, I spent another day touring the rainforest. At the end of the day, we finished up at a hot springs where the then still active Arenal Volcano provided a free light show.
Other sights and thinks to do include:
Active, adventure vacation options range from zip lining to white water rafting to trekking past volcanoes and via rainforests to swimming with sharks on Cocos Island.
Trekking through rainforests and national parks like Cahuita, Santa Rosa, Palo Verde  and Corcovado
Take selfies in front of cascading waterfalls, such as La Fortuna and La Paz.
Go boating on the Pacuare River.
Visit the Ponderosa Adventure Park.
Bargain at the Central Market.
See wildlife up close and personal at the Jaguar Rescue Center.
Central America-Top Solo Travel Destination: Focus:  Panama:
The story of Panama is largely focused on the building of the fabled canal to connect the Atlantic and Pacific Oceans. However,  centuries earlier, Panama saw the arrival of the Spanish who established their first Pacific settlement in the early 1500’s. The main draw was the rich Inca kingdom. For 300 years, the Spanish shipped gold and silver from their vantage point in Panama.
The Panama Canal, only 16 km from the capital, Panama City, opened under US control in 1914 at the beginning of World War I. However, by 1999, the US had relinquished its claims so that Panama no longer had foreign control internally.
For tourists, Panama has much that has made Costa Rica popular. Although Panama was previously very cheap, prices have increased, much like Costa Rica’s, but still are less than Europe’s.
Things to See and Do in Panama:
Beyond the Canal, you can stroll the beaches, or take advantage of multiple sports.
Take selfies at Monkey Island.
Visit the UNESCO World Heritage Site at San Lorenzo National Park.
Go whale and dolphin watching.
Trek national parks and rain forests from the Iguana Wildlife Refuge to Soberania National Park and Isla Mamey.

Go boating between idyllic islands, such as San Blas Islands and Taboga Island and on to Gatun Lake.

Save time for trekking around Baru Volcano.

Before booking your trip, go online to research each country and its internal regions before choosing the best destination. See, for example:
Costa Rica Vacations for Singles
Diving in Honduras and Belize.

As in many large cities and tourist spots worldwide, pickpockets and theft are common.  With technology, the ease of banking with ATM’s has meant a new opportunity for would-be muggers. Be sure to use ATM’s in-doors in safe locations. Travel with an ATM card that has a low limit in case of theft or loss.
Unfortunately, those of us female solo travelers must always be aware of additional dangers, especially after dark and/or in remote, poorly trafficked areas.  Even if it adds to cost,  when arriving in an unfamiliar venue, have a scheduled pickup at the airport with a provider that you have vetted with your lodging.  Whether you choose a B&B, Airbnb or a larger hotel, before booking, check out the safety of the neighborhood and the local security.  My personal view is get a hotel with an on-site restaurant.  While it is great to explore local cafes and restaurants, after finding myself wandering the streets of Buenos Aires alone after dark, I recommend having ready access to meals when needed.
While accidents can occur on the highways or with active sports vacations, some other health issues should be considered. Mosquito-borne illnesses include Dengue Fever. For more information, visit the CDC.gov.
Drug trafficking can be an issue in certain areas of Central America as can broader crime.
For more top solo travel deals and Latin American destinations, think about Colombia. Based in the very northern part of the continent, it has a real blend of Caribbean and Spanish culture.
Learn More:
Top Solo Travel Deals-Costa Rica and Alternatives in Central America