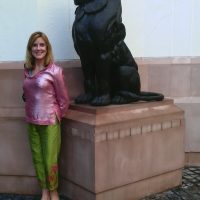 Adventure Solo Travel-India: Highlights of a Monsoon Journey: the “Pink City of Jaipur”:

Although the Taj Mahal is of worldwide renown, my favorite day was spent in the “Pink City” of Jaipur with four palaces/forts to visit. (One of our hardy crew led us up an endless trail to a hill top fort.  He dubbed it “a fort too far”, and the name stuck once we caught our breath!)

Adventure Solo Travel-India: Highlights of a Monsoon Journey: A New Look at the Taj Mahal:

What is the challenge with touring the Taj Mahal? In our electronic age, it can be “seen” in so many photos, videos and films, it is easy to feel that you have already “seen” it. It is the same problem with Paris’s Arc de Triomphe and Egypt’s pyramids at Giza!

As I discovered Up River in the Amazon, it is hard to find wild life in their natural habitat.

Adventure Solo Travel-India: Highlights of a Monsoon Journey:  A rich weave of 3 faiths:

On our tour’s first full day, we had the chance to be part of a Hindu Festival.

As I think back, I am especially struck by two more insights as to modern India. 1. Their strong extended family network. As a result, in good times from birth of a baby to hard times of illness or death, there is a ready family support system. (I learned of one intriguing legal difference from life in the US. In India unlike America, parents can sue their children for support!)

2.  Their unquenchable spirit. This was not only true of pilgrims on foot. At the SHEroes Hangout, we met local women who were survivors of brutal acid attacks. Their motto displayed on tee shirts said it all: “My smile is my beauty.”

For more Adventure Travel through India-Highlights of a Monsoon Journey, see https://solotrekker4u.com/35-new-tips-how-to-make-adventure-travel-easier-now/. Check out our tips from how to: (i) pack to save fees, (ii) avoid visa glitches and (iii) get cash fast in an emergency.