Holidays for Solo Travelers: Fun Facts and Solo Destinations: I know you may still be enjoying languid summer days at the beach. However, it is never too early to plan ahead for the next set of holidays. No one wants to be “Home Alone for the Holidays”! Some destinations like ski resorts book one year ahead. The reason? Many people return each year to the same spot for Christmas and New Year’s. So now is the time to dust off your bucket list, and make a plan for the holidays. 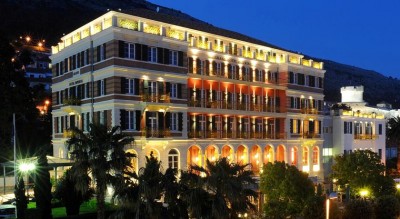 In Japan, a popular Christmas feast is apparently Kentucky Fried Chicken. This can be so popular as to require reservations. Sounds more like a Fourth of July picnic to me.

I must confess that when I travel abroad and at times long for a touch of home, fried chicken is near the top of the list.

Why is Croatia a great solo destination for the holidays? The Adriatic Coast has been a popular vacation venue from crowned-heads of Europe to scores of other tourists since the late 19th-century. It has a wide range of sights from the cultural and historic to stellar landscapes and seascapes.  It also has a mix of the twenty-first century with Old Europe. Holiday Markets add to the festive atmosphere.

-Croatia offers solo travelers another great option for a White Christmas at an affordable price.  Off-season from late September to mid-May prices can be discounted as much as fifty percent.

Croatia Things to See and Do:

-Croatia is nestled in the northwest section of the former Yugoslavia. The country’s capital is Zagreb. Nonetheless, it is most famous for Dubrovnik. This top destination has a fabled Old Town now a UNESCO World Site.

-Other options to explore are the Stradun Promenade, the remaining city wall and Dubrovnik’s Old Harbour. In addition, popular tourist spots are the island of Lokrum and Banje Beach. For a breathtaking view, ride the cable car to Srđ Hill. You will have a view of the entire region plus a perfect spot for photos.

-While exploring much of the past, Croatia’s 4-5 star hotels provide 21st century convenience. They typically still  manage to do this with the style for which Europe is known.

-Foodies and wine enthusiasts will be delighted by the local cuisine and Dalmatian wines.

As you map out your plan for the holidays, take a good look at Croatia for a top solo travel destination. for more information, please see TrulyCroatia.